Three Bridges Faculty are Teachers of the Year

We know that all of our Bridges to a Brighter Future teachers are amazing! There is now doubt about it. However, it is really wonderful when other people recognize their talents too! Three of our Bridges teachers have been recognized as 2008-2009 Teachers of the Year at their schools. They are Harvey Choplin, Cathy Grills, and Allison Turza: 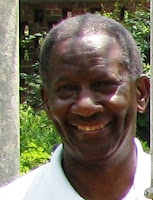 Harvey Choplin, Sevier Middle School
“Pa Pa Chop” as the Bridges students refer to him, is our Academic Coordinator. He has worked with Bridges since 2002. In this position, he oversees the daily academic classes, supervises the teachers, and plays an integral role in decision-making and program management. Mr. Choplin graduated from Claflin College in with a B.S. in Mathematics and Science. He has a Master’s Degree from Furman University in Education with a concentration in Mathematics and a Master's plus 30 hours from Furman and Clemson University in Administration. He spent eighteen years teaching mathematics in high school and thirteen years in administration before retiring and returning to teaching. He currently teaches at Sevier Middle School.

Cathy Grills, Duncan Chapel Elementary
Mrs. Grills has been teaching in the Bridges program since 2002. She has been a teacher in Greenville County for 26 years. She began teaching Spanish and English at Parker High School in 1973 and from 1980 until 1983, she taught at Woodmont High School. At both schools she was the Student Council Advisor. Mrs. Grills has been teaching at Duncan Chapel Elementary for 19 years and was named 2008 Teacher of the Year. She has a B.A. in Spanish and an M.A. in Early Childhood Education, both from Furman University and is certified to teach English to Speakers of Other Languages (ESOL). Mrs. Grills teaches English in Bridges and provides special assistance to our ESOL students. 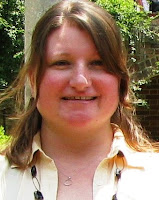 Mrs. Turza has been teaching in Bridges since 2005. She teaches Science in Bridges to a Brighter Future and is always thinking of ways to engage and excite the Bridges students. Miss Turza is in her seventh year of teaching, of which 3 years have been at JL Mann High School. She teaches not only science, but leads Senior Project for Mann's magnet students and teaches in the newly formed Single Gender Initiative Program. She also advises several student groups including YMCA Youth in Government and Patriot Partners, a mentoring group, which she began last year. Miss Turza was just featured in City People. 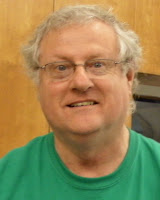 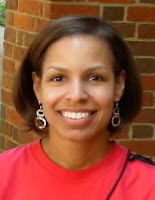 Kinja King, Greenville Technical Charter High School
2007-2008 Teacher of the Year
Posted by Ms. Swartz at 8:59 AM No comments: