Well, a lot has happened since the last update! There was a dance, a car wash, talent show, field day, trip to Myrtle Beach, the Banquet and so much more...
Although the students are home now, we'll still update you on what happened during the last two weeks of Bridges.
Starting with the CAR WASH
On Saturday, July 5, the three classes had three separate car washes. The car washes lasted for only a few hours, but in such a short amount of time, the Mus, Lambdas, and Kappas raised well over $2000, with the Kappas winning the CAR WASH CHAMPIONSHIP by raising a new Bridges high of a little over $1000! 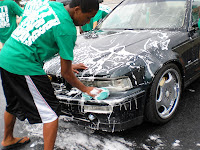 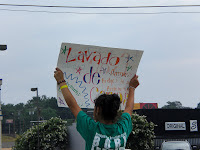 After the CAR WASH was THE DANCE
The Dance was Hollywood themed and everyone from Demi Moore to Napoleon Dynamite showed up for the event (and we have pictures to prove it!). The annual Bridges Dance was a great hit among the students and counselors...we even found a few teachers enjoying themselves. 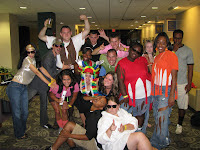 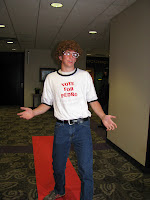 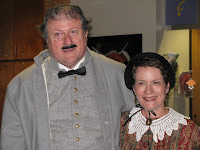 Next we will skip to FIELD DAY
Bridges has a lot of annual activities that the students love...take FIELD DAY for instance. Everyone loves pie on the face and running around in circles after a go on the dizzie bats. I mean who doesn't love passing a soaking sponge over your head or the good ol' three legged race? Field day was extremely fun and very entertaining! 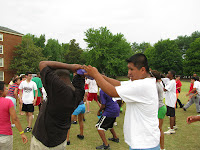 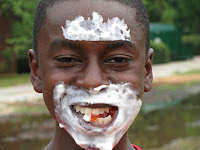 What's Bridges without the TALENT SHOW?
BRIDGES HAS TALENT. Every single student, each counselor, every teacher, and even Mrs. Swartz has talent! The talent show was amazing! We had The Interns performed their very own, originally choreographed version of a recent hit. Casey Crisp did a very dramatic interpretive dance routine of the song Landslide. Jarrod Hall and Karina Rodriguez had a somewhat romantic (haha) duet. The Ladies of Distinction and Men of Honor both recited awesome poetry. And not to mention all the EXTREMELY EXCELLENT performances in between... 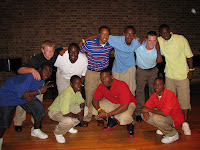 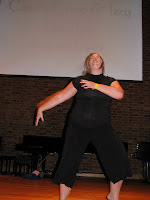 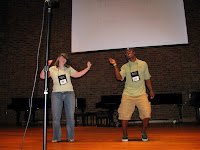 And the annual TRIP is always much anticipated
The students woke up VERY early for the trip to Myrtle Beach. The day began with a college tour of Coastal Carolina. Later the students went to the beach where they had a blast until the storm came. Oh how it rained... An hour on the bus waiting for it to pass, but hey who says you can't have fun on a bus full of wet and sandy people? Well Bridges always manages to have fun in most UN FUN situations. Each student contributes their share to make Bridges the amazing program it is...And it all paid off with dinner at Golden Coral and their all-you-can-eat-buffet. 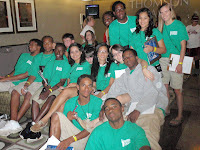 The BANQUET is always full of super speeches and lots of tears
Bridges' last night at Furman is dedicated to the graduating class. Everyone looked so nice and the keynote speaker, Gio Gomez, had some very well received advice for the Bridges students. Almost every student got an award during the academic award ceremony. Then the tears came...The Kappas did an amazing thing. Each stood at the podium and presented Mrs. Swartz with a rose, along with a glance at what Bridges and Mrs. Swartz has done to better his or her life. Then they gave Mrs. Swartz a blanket embroidered with "If you love until it hurts, there can be no more hurt, only more love" by Mother Teresa. Mrs. Swartz then ended with her speech dedicated to the Kappas--WHAT AN AMAZING SPEECH! The Banquet ended with all the students gathered around the front watching the Slideshow and a video for the Kappas, put together by Thomas Dixon. 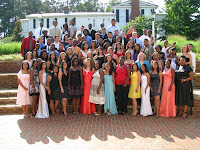 The next day was DEPARTURE
Although it was sad to see the students go, they have benefited tremendously from this summer.
EACH ONE WILL GO FORTH AND DO GREAT THINGS!!!
Posted by Ms. Swartz at 12:32 PM No comments: